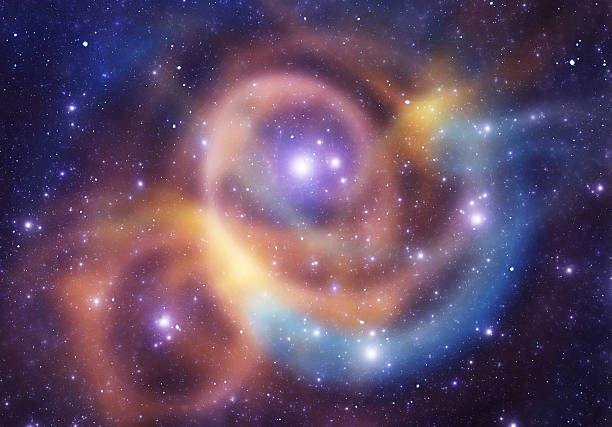 and most of the astrologers believe that Shani in Libra sign is related to the horoscope holder. Always good and fruitful.

the problems in their life in other planets and do not make any effort to reduce the inauspicious results of Shani,

which is inauspicious in their horoscope. Before proceeding with this discussion, let us have a look at the position of planets in exalted and debilitated signs.

Each of the Navagrahas being placed in a particular zodiac gives additional strength, which is called the exalted sign

of this planet. Similarly, when placed in the seventh sign exactly from its exalted sign, the strength of each

the power of the planet Saturn weakens due to its position in Aries. Similarly, out of the 12 zodiac signs of each planet, one is high and one is low.

its being strong or weak and not with its being auspicious or inauspicious. Saturn situated in Libra can also give

many benefits to the horoscope holder. Therefore, people interested in astrology should understand very well

the strength of the planet and not on its nature.

There are also some situations when debilitated planets give the result of exalted ones. It is mainly said for the debilitated planet sitting in the Ascendant. I have seen the conjunction of Sun and Jupiter in Libra ascendant four times so far. Sun is debilitated in Libra ascendant and Jupiter is inactive. If calculated according to the terminology, then the worst sum will be formed. But it didn’t happen. In the marriage, the Sun gives the result of the highest and the same was seen in reality. High in ascendant. If the Sun is with Jupiter, then the person reaches the top position in his institution.

Let us try to understand this idea with the help of some facts. Saturn travels at the slowest pace among the

nine planets and stays in one sign for about two and a half years, that is, Saturn remains continuously in its

exalted sign Libra and low sign Aries for two and a half years. If the prevailing notion of being auspicious

or inauspicious due to the placement of planets in their exalted or debilitated signs is taken to be true,

Auspicious will be fruitful because in the horoscope of all the people born in these years, Saturn will be situated in

its exalted sign Libra. This idea does not stand the test of practicality at all because according to the country and

time, its nature keeps changing after a short time and the nature of any planet does not remain the same even for

a few hours, then two and a half years. So that’s a very long time[ Astrology signs planets and houses ].

Therefore, the meaning of the planets being situated in the exalted or debilitated sign should be understood only

horoscopes during my astrological practice, in which a planet placed in its exalted sign is giving very

inauspicious results because the planet becomes very strong due to its position in its exalted sign,

so it is likely to be inauspicious.

In this situation, because of his strength, he does more harm than usual. Similarly, in my experience,

its debilitated sign, but due to being weak, there is some deficiency in these auspicious results. Such people get a

of such planets, these planets get extra strength and this planet becomes strong and

Each planet gives fast results in its exalted sign and with a dimness in its low sign. If that planet is inauspicious in your Kundachali, then it does not matter whether it is of high or low. Sun in Aries, Moon in Taurus, Mercury in Virgo,

Now we will know some classification of planets and zodiac signs, which are very important for the resultant astrology.

Generally, Moon and Mercury are not always considered auspicious. Full moon means the moon near the full moon

the planet’s zodiac position, visions etc., which we will discuss further.

As mentioned above, the good or bad results of a planet depends on many other factors and one of them is

the position of the planet in its zodiac. Any planet generally gives good results in its exalted zodiac, friend’s zodiac, and own zodiac. On the contrary, planets give bad results in their debilitated sign and enemy sign.

The exalted zodiac position of the planets is as follows:-

Some of the points to be noted in the above table are as follows:

The exalted and debilitated signs of a planet are seventh from each other. For example, the Sun is exalted in

2 Sun and Moon are the owners of only one zodiac. Rahu and Ketu are not lords of any zodiac. Other planets are the lords of two zodiac signs.

3 Rahu and Ketu do not have any zodiac sign of their own. Not all astrologers use the high and low signs of Rahu-Ketu.

The strength of all the planets is evaluated on the basis of zodiac signs and degrees. There are 30 A degrees in a zodiac. For the subtle analysis of the planets,

it is necessary to have the knowledge of the degree in which the planet is in which zodiac sign.

Moon- In Cancer, the Moon is considered to be self-gracious or self-possessed,

the root is trigonal and from 19 to 20 degree is said to be self-contained.

Mercury- The planet Mercury is self-occupied in Virgo and Gemini signs, but is exalted up to 15 degrees in

Virgo and up to 15 degrees in Pisces. In Virgo itself, the original trikonastha from 16 to 20 degree and in this

zodiac from 21 to 30 degree is called Swakshetri.

itself from 14 to 30 degree is considered to be self-dominant.

Rahu- The lord of Virgo is exalted in Gemini and Taurus. The root of the debilitated in Sagittarius is considered to

be the original trikostha in Cancer[ Astrology signs planets and houses ].

Ketu- Ketu is the lord of Gemini zodiac. It is exalted in Sagittarius and Scorpio up to 15 degrees. Up to 15 degrees it is debilitated in Gemini, Mool Trikona in Leo, and self-occupied in Pisces. It is debilitated only in Taurus. The actual strength of the planets is known only after analyzing the birth chart on the basis of degrees. For example, in the birth chart of Leo Ascendant, because the Sun is sitting in the Ascendant, it is self-occupied. It is giving respect and wealth to the person since childhood. With the Moon of Taurus in the tenth house, the person will continue to progress progressively. Therefore, these two planets will be beneficial for him[ Astrology signs planets and houses ].