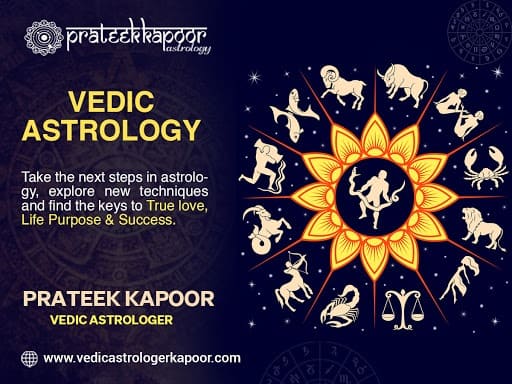 According to Parashara Samhita,

Which planet is responsible for good education

A person who has the same zodiac sign in his birth chart and Navamsa chart, then his Vargottam Navamsa is healthy, both physically and spiritually. Similarly, other planets also become strong when they are Vargottam and give good results. If a planet is debilitated in the birth chart and exalted in the navamsa chart, it gives auspicious results which shows the importance of the navamsa chart. When the Navagrahas Sun, Moon, Mars, Mercury, Jupiter, Venus, Saturn are in the Vargottam in the Navamsa Kundali, the person becomes respectable, well-remembered, enthusiastic, extremely intelligent, religious and knowledgeable, beautiful and healthy and carefree, respectively.

While reading and listening about the horoscope, you must have heard the mention of Navamsa Kundli many times. Then the question would come in the mind that what is this Navamsa Kundli after all? Many curious readers and many friends who are interested in astrology have requested many times that you should say something on Navamsa Kundli also.

What is it? How is it made etc.

How to read kundli online

Generally you all know that the ninth house in the horoscope is called the house of luck. That is, your luck is the ninth house. Similarly, the fate of fate is also seen, for which Navamsa Kundli is required. The aware astrologer must have put a peek at the Navamsa before making any statement related to the horoscope. Without studying the Navamsa, there are more chances of error in prediction.

The strength of the planet and the possibilities of its outcome are known only from the Navamsa. If a strong planet in the Lagna Kundli becomes weak in the Navamsa Kundli, then there is doubt about the benefits given by it. Similarly, if the planet which is weak in the ascendant horoscope is getting strong in the Navamsa, then in future, one can remain careless from that side, because it covers itself to a great extent.

In the ninth Navamsa, Aries ends and Taurus begins.

Married life is mainly considered from Navamsa Kundli. Apart from this, Navamsa Kundli is also tested along with Lagna Kundli. There may be errors or the result statement may also be wrong. Because what is the position of the planets in the Navamsa Kundli?

Apart from this, other class horoscopes also have their own special importance. But Navamsa is the most important class in these classes.

Apart from this, other class horoscopes also have their own special importance. But Navamsa is the most important class in these classes.

(2) Similarly, when a planet is in the same sign in the Ascendant Kundli and the Navamsa Kundli, then that planet is Vargottam, the Vargottam planet is very auspicious and strong. Just like the Sun is in Sagittarius in the Lagna Kundli and also in the Navamsa Kundli, Sagittarius Rashi. Sun will be Vargottam. Being Vargottam, the Sun will give very auspicious results in such a situation. If Vargottam planet is sitting in its favorable house according to the position of the lord, it gives better results.

How is the Navamsa Kundli formed and how are the planets placed in the Navamsa. We know that a Rashi or a house has an extension of 30 degrees. Hence Navamsa of a zodiac i.e. the ninth part of 30 i.e. 3.2 degree. Thus there are nine navamshas in a zodiac.

In this way you have seen that the Navamsa of the zodiac is starting from the zodiac of its own element nature. Now in order to clarify the Navamsa zodiac, it is necessary first of all to be clear about the Ascendant and other planets. For example, suppose the ascendant in a horoscope is 7:03:15:14, i.e. the ascendant crossing the seventh sign was three degrees, fifteen kala and fourteen vikala (ie Scorpio was the lagna), now we know that Scorpio is a water element. Whose Navamsa starts with the other water element Cancer. 03:15:14 means by looking at the above Navamsa chart, it is known that till 03:20 the first Navamsa is considered.

Now on counting one ahead of Cancer (because only the first Navamsa has been received) only Cancer comes, so the ascendant of Navamsa Kundli will be Cancer. Here if the lagna of the lagna kundli was 07 : 18 : 12 : 12 then we would have known that 16. 40 to 20. We would have received this degree between 00 as the sixth Navamsa. Therefore, in such a situation, the sixth Navamsa ahead of Cancer would come in Sagittarius, thus the Navamsa of this horoscope would have been made from the Sagittarius Ascendant.

Let’s understand with another example,

Similarly, planets are also given place in Navamsa Kundli. Suppose in a horoscope the Sun is in Libra at 26:13:07 (ie the Sun is clearly 06:26:13:07). By looking at the chart, it is known that 26:13:07 is the eighth Navamsa which is 23. 20 to 26. Coming under the mid 40’s is expanding. Thus, ahead of Tula (since the Sun is in Libra and we know that the Navamsa of Tula begins from Tula itself) eight counts have to be made. Taurus is the eighth sign from Libra, thus in the Navamsa horoscope of this horoscope, the Sun will be written on Taurus. Similarly, other planets should also be established in Navamsa by calculating.