View Profile Book Pandit
Yajna and the Sat Chandi Path
The sacred mother bestows tremendous blessings on those who follow the Sat Chandi path and perform Yajna. A group of seasoned priests recite Durga Saptashati throughout the book. The Devi mahatmya, also known as the Durga Saptashati or Chandi Path, is a collection of 700 verses that elaborates on the Markandeya Purana's descriptions of goddess Shakti, or maa Durga. Every person, according to Lord Brahma, must recite Durga Saptashati. It provides Vaikunth with immortality. Several Vedic scriptures elaborate on its advantages and qualities. It sends out so many powerful ripples that all the negatives are removed, and it greatly aids in a person's capacity to gain favour.
These are the advantages of singing Durga Saptashati, according to the Scriptures:
(1)Removes dark magic's negative effects
(2)It five times lessens the planet's devastating effects.
(3)Seven times: To get rid of deep-seated phobias.
(4)Nine times: To be free from issues and pain and to experience prosperity in all spheres.
(5)For the eradication of rivals and the fulfilment of twelve wants.
(6)Allure, women, name, fame, and strength are mentioned fourteen times.
(7)15 times: a trouble-free existence and financial success.
(8)To obtain sons and grandsons, sixteen times.
(9)To reach the top, you must repeat this process 17 times.
(10)To complete occult strengths, do so eighteen times.
(11)Twenty times, for a total of twenty-five times, to put a stop to the war: for power to command
(12)To acquire health, euphony, a good name, fame, and the fulfilment of wishes, 100 times. the Saptashati Chandi route include:
It bestows the heavenly favours of the goddesses Mahalaxmi, Maha Saraswati, and Mahakali. Additionally, it displays success, fame, and popularity. It fulfils the desires of the admirer and bestows health and preservation.
Puja services include:
Kalash Sthapana,
Panchang Sthapana Gauri Ganesh,
Punyavachan,
Shodash Matrika,
Navgraha,
sarvatobhadra,
64 yogini puja,
Gath sthapana,
The summoning of Durga,
Gauri tilak Mandal,
Chatukashti yogini Mandal pujan,
Swasti vachan,
Sankalpa. 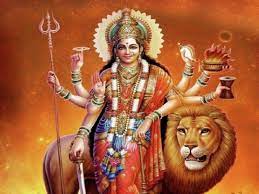 Sat Chandi Havan YagyaPeople recite Sat Chandi Havan to please the Goddess. The goddess is the protector of mankind.The world is contained in the Goddess and she is the only truth.She incorporates all the powers of the world into herself.People perform Sat Chandi Havan and Yagya together.Because the text is one of the most advanced texts in Hinduism. And gives blessings and benefits to all.Yagya purifies the soul. The significance of Sat Chandi Maha Yagya is mainly in Navratri.Because the....