View Profile Book Pandit
Wedding Vivaham
Hindu tradition holds weddings—known as vivaham in Sanskrit—to be extremely sacred occasions. A man and a woman commit to each other for the rest of their lives. One of the 16 samskaras is Vivaham. Marriage marks the end of a man's Brahmacharya (youth) and the start of his Grihastasramam (family life).
Hindu marriages comprise a number of ritualistic activities that, with a few minor regional changes, are nearly same everywhere. The activities take the shape of Sanskrit-recited prayers, invocations, and vows. The prayers are intensely meaningful and powerfully convey the deep tie between husband and wife who are united in the ritualistic presence of Panch Bhoota, or the five elements of Earth. The five elements of Hinduism are Prithvi (Earth), Akash (Space/Ether), Agni (Fire), Neer (Water), and Vaayu (air).
The Indian wedding celebration, which is the most joyful and delightful ceremonial event with joy and laughter all around, is the happiest and most unforgettable moment in one's life.
The wedding ceremony is held in the colourfully decorated Kalyana Mandapam, which is filled with fresh flowers. Most significant occasions occur at the mandapam. Traditional "dolu" and classical music, including "Sannai" and "Shehnai," are played during the event.
Hindu marriage ceremonies used to last for a continuous duration of 5 to 7 days. Later, it was downsized to a three-day celebration, and in today's busy world, the entire event is now only a few hours long on a single day.
No matter where the wedding or wedding ceremony takes place, Indian wedding apparel is very important. Indian brides and grooms are the centre of attention during celebrations, therefore their traditional attire is appealing. The bride is dressed in a stunning pattu/pure silk sari and blouse with mehendi done to her hands, while the groom is dressed in either a dhoti and upper wear or a sherwani. She also wears substantial gold jewellery. The event's centre of attention is the bride.
Matchmaking / Pelli Choopulu
Indian marriages tend to be conventional affairs. The bride's parents or grandparents look for a suitable match within their own community. When the bride's parents identify a potential spouse, they extend an invitation to him and his parents for an initial "dekho," or face-to-face meeting. In Telugu, this is referred to as "Pelli Choopulu."
When everything is in order, including the bride and groom's horoscope compatibility, their shared likeness, and other consents, the parties decide mutually and arrange a date for the "Nischitardham" or "Nischaya Tambulaalu." Horoscope compatibility between the potential bride and groom is still highly valued in conventional Hindu weddings in the present era.
The Hindu Engagement Ritual is called Nischaya Tambulaalu or Nischitardham.
The significant occasion that takes place before marriage is known as nischitardham. The bride's home or another convenient place, such as a hotel or temple, is typically where the parents and close family members of the bride and groom gather. The 'purohitulu'/priest writes the 'lagna patrika' and reads it aloud in front of the august assembly.
The "lagna patrika" primarily comprises the names of the bride's and groom's parents as well as the "sumuhurtam" (the auspicious time) of the wedding day in India. For either party to print the "pelli subhalekhalu," or wedding invitation cards, "Lagna patrika" is a requirement.
The bride's parents and the groom's parents exchange new clothes after the celebration, and the bride, who will be their future daughter-in-law, receives jewellery from the groom's parents if they can afford it.
Following the engagement, both parties—especially the bride's family—begin to prepare and get ready for the wedding. 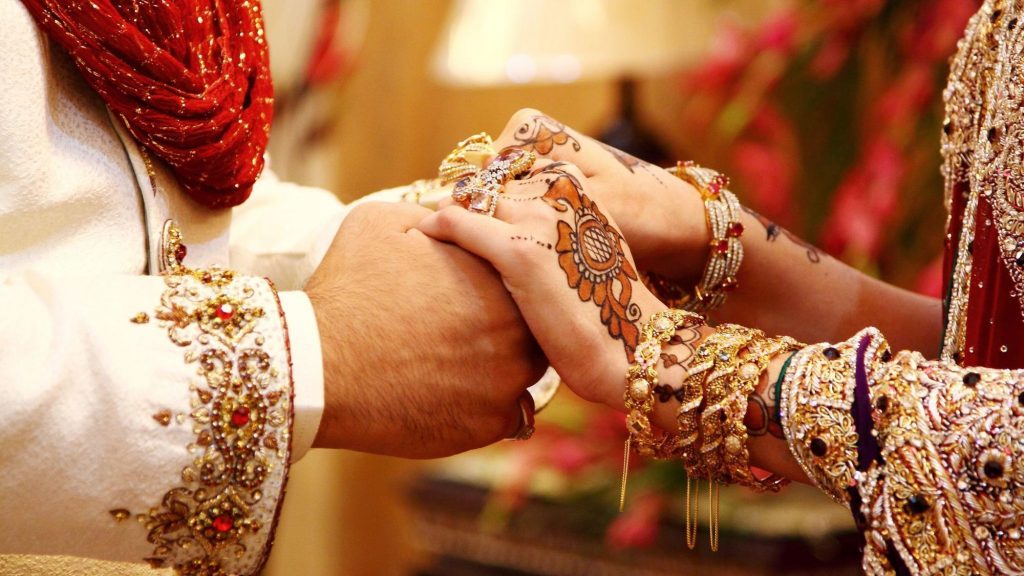 All Main Rituals of Hindu MarriageToday in this article we have told about all the major rituals of Hindu marriage. It is considered very important to perform these Hindu wedding rituals well in marriage. Whether a Hindu person is Amir or poor perform these rituals or rituals during their marriage.Perhaps the oldest religion in the world is Hinduism, with an estimated historical heritage dating back to 3000 BC. Many of its traditions lasted for ages and some were destroyed in....