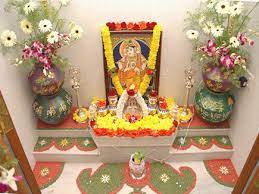 That's Why it is Necessary to do Vastu Shanti Puja at HomeAccording to the scriptures, the months of Magh, Phalgun, Vaishakh, Jyeshtha etc. have been considered auspicious in house entry. Those who enter the house in this month get wealth and satisfaction.Vastu has an important role in our life. It affects our daily routine. Often people feel that there is trouble in the house or there is some loss every day. Many difficulties have to be faced in carrying forward....